skip to main | skip to sidebar

On December 9th 2010, Morgan Falconer and Dimitrina Sevova mounted a spirited defence of the motion: (When it comes to art) we are still painting on the walls of caves. Giovanni Carmine and Fabian Chiquet were to contest their position and speak for change in art.

Please bear in mind the premise of Art + Argument! What was said during the event should not be understood to represent the opinion of the speakers. 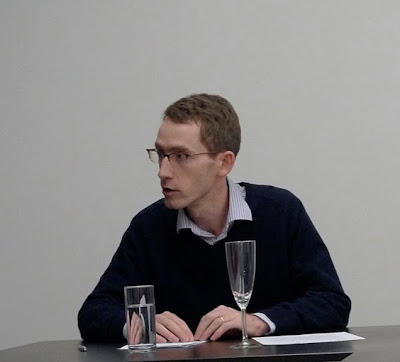 Morgan opened, admitting that the complexity of the works by significant artists such as Andy Warhol or Marcel Duchamp would suggest that a comparison between their work and that of cave painters is ridiculous. But is that merely arrogance? Given the ability of man to create failure, a clear example being recent economic crisis, “art has spent enough time trying to convince us that we are more sophisticated than we really are”. In fact, cave painting and recent art can be seen to share the same representational basis: I draw the world and therefore understand it better. But ultimately, the need to make art can be seen as an urge, one shared by modern and prehistoric man. ”The urge to art” said Morgan “is an urge not necessarily to represent and to know, but also perhaps an urge to play, to transgress and perhaps destroy. As many failed artists will tell you, art is something you keep doing because you just can’t stop doing it.” 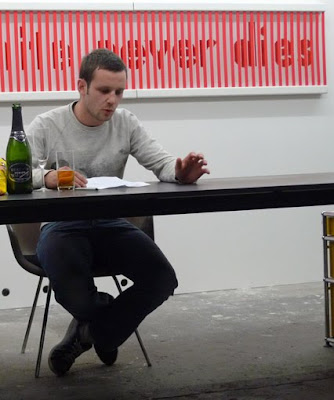 Fabian was first to counter the proposition. Art found in caves, he stated, arrested the moment; it documented and preserved. Today, art is much more than that, (and other people are much better than artists at documentary). Art is part of a broader entertainment industry, an industry intimately connected to technical progress; without engaging with technological advances, art would lose its audiences. Longevity no longer matters to art: “it’s about being part of something, making something happen”. Despite the paintings on the walls around him, Fabian was willing to state that “we’re not painting any more; we’re doing things that are much more interesting”. 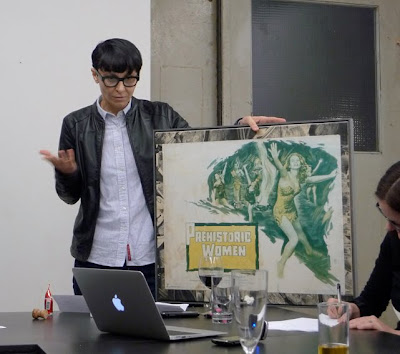 Dimitrina had brought a trophy to prove her points, a poster for the 1950 film Prehistoric Women. We are living in a speculative world, she said, and the meaning or purpose of disciplines such as science, philosophy or literature is ever less clearly defined. So what can we say about art? Beuys said art is not here to explain anything; Socrates said we are blind, and have not seen the world, just the so-called material world. And what do we know about cave painting? Not much! We cannot interpret cave paintings because we know nothing of the social context in which they were made, though we can research the methods and techniques used to make them. These people had the same DNA as ours, and looked like us. Prehistoric people did not live in caves, but rather were nomads. And yet something drove them to enter deep into dangerous caves and paint on inaccessible walls. Cave painting was based not only on a well-organized visual language, but also on a well-developed studio work process in which the entire community supported the master painter. There are countless overlapping myths and allegories about what cave painting may have meant for its practitioners. The Platonic myth of the cave is very powerful on a cultural level, and we cannot separate our encounter with cave paintings from our cultural, philosophical and ethical interpretations of the gaze, of the viewer and of relations between light and shadows. Dimitrina also quoted Susan Sontag, who wrote that we are no longer painting the cave, as the cave is everywhere and we are the cave. It is great that we are living amid these speculations, Dimitrina summed up, which are kinds of storytelling, and reiterating Morgan’s statements, she said: “we need walls and we need holes in these walls, we need blank sheets of paper, canvases, screens. It’s part of our drives as human beings.” 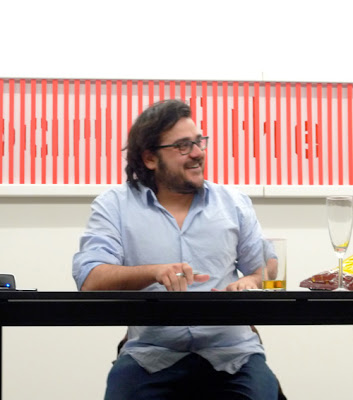 Giovanni Carmine began his rejection of the motion by questioning whether cave painting really was the beginning of what we know as art today. “We look at it as if it were art – but I think it was an attempt [by the painters] to go over traumatic experiences they were having with bison and dinosaurs.” (He continued, rather contrarily for his line of argument, that artists today continue to work through traumas, making the curator feel like a psychiatrist or psychologist.) The Chilean miners who recently were trapped for weeks underground could be seen as a parallel – they did not have to paint on the walls of their mines, as they were being supplied with psychiatric medication. So while art survives, the need to paint one’s issues diminishes. Giovanni stated in closing: “art is not about representation!” 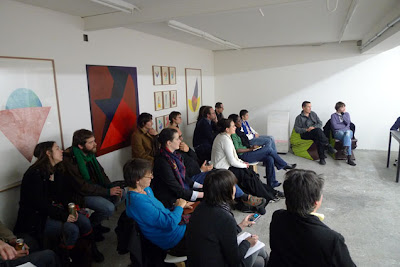 The ensuing debate ranged over recent and pre-historic history. Our ancestors’ complexity was understood and contested, recognised and rejected. The threat posed by Mickey Mouse was compared with that of raging bison, and the effort required to make paintings in the dark with the technical feats of art the contemporary world. The art canon was help up for examination, and recent history that tried to change the nature of art ridiculed. When it came to a final vote, Dimitrina and Morgan, proposing the motion, were judged by the majority to be the more convincing, though many in the audience abstained, and instead put some further ideas to the test after votes were cast.
Many thanks to all the participants, to the audience and to Claudia Groeflin for the invitation to debate in her gallery.
For more information on Art + Argument please contact aoiferosenmeyer (at) gmail.com
Eingestellt von Aoife Rosenmeyer um 12:13